5 ways to develop a growth mindset to achieve career success 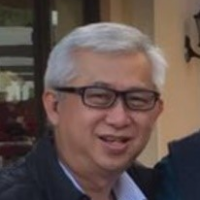 How to design a Target Operating Model (TOM) that delivers

How to create and increase value with Data?

There is a famous story about an elephant and mindset.

He was curious and asked the elephant trainer why the elephant did not break away. The trainer explained that from a young age, when much smaller in size, elephants were tied with the same short rope to hold them.

As they grew, the elephants were conditioned to believe they could not break away and believed the short rope would still hold them. They did not attempt to break loose and stuck where they were – with their fixed mindset. This powerful animal’s present capabilities are limited by the experiences of it’s past.

During my coaching, I have found leaders who faced frequent multiple challenges in their careers, have a fixed mindset. They were constrained by their belief in what they cannot do rather than what they can do. They choose to be a victim rather than a player. Until they have switched their mindset, they will find difficulties to progress in their career.
What is a mindset and why is mindset so powerful?

The Make-Up Of A Person’s Mindset

A ‘mindset’ is a set of beliefs, assumptions, methods, and ideas held by an individual, that drive how they think, act and behave.

Thinking Patterns – The beliefs and thoughts that shape an individual’s habits, and hence influence behavioral choices. An individual will vary in their ‘mindset style’ with relative tendencies across Four Thinking Patterns, as an Analyzer, Explorer, Stabilizer and Relator. Their mindset style is influenced by prior experiences which can set certain expectations

Core Values – An individual’s personal values that form his or her inner beliefs and thoughts. Values rarely change. They can be described using Aristotle’s Four Pillars of a Good Life.

In her book Mindset: The New Psychology of Success, Professor Carol Dweck identified two mindsets people can have about their talents and abilities – growth mindsets or fixed mindsets.

1. Embrace lifelong learning
We are living in an environment that faces rapid changes.

What we have known in the past is no longer enough to deal with the future. Klaus Schwab, Founder and Executive Chairman of the World Economic Forum, explained in the 2018 Future of Jobs report, individuals must take a proactive approach to their lifelong learning

Our new working environments are impacted by automation and Artificial Intelligence and many traditional roles or jobs will be redundant. We need to embrace digital skills to help us move forward in our careers. In fact, according to a report by McKinsey, up to 375 million workers worldwide will need to change roles or learn new skills by 2030.

By acquiring new knowledge over our lifetime, our mind continues to expand, and we can grow to our true potential.

In 2007, the U.S. subprime mortgage market collapsed, sending shockwaves throughout the stock market. In contrast, when people are running away from the market, Warren Buffet started buying more American stocks as he believed the prices were incredibly low compared to the true value of the stock. He saw opportunities from the crisis and took action to benefit from it.

In 2007, the U.S. subprime mortgage market collapsed, sending shockwaves throughout the stock market. In contrast, when people are running away from the market, Warren Buffett started buying more American stocks as he believes the prices were incredibly low compared to the true value of the stock. He saw opportunities from the crisis and took action to benefit from it.

In your journey to find your career direction, the right mindset will help you to overcome your challenges and found the opportunity that may not be visible.

3. Learn from failure
Many people have the belief that success is positive and failure is negative. They try to remain in the status-quo so that they will not make a mistake. Such belief will hinder your progress in life to maximize your full career potential.

Embrace a mindset that failure is part and parcel of our life, as we can learn some lessons from failure. With experience, whether success or failure, we will be brave enough to explore new things or take on new ventures.

Many leaders I have spoken to have regretted that they have not tried hard enough to live by their passion due to fear of failure. They continue to work in a job in which they are not happy and their growth potential is limited.
Jack Ma currently runs one of the biggest E-commerce networks in the world. Before venturing into E-commerce, Jack failed to land a job after applying 30 times. In one of his interviews, when asked about his rejections, this is what he had to say, “Well, I think we have to get used to it. We’re not that good.”

He has managed to overcome the pain of rejections and has treated rejections as opportunities to learn and grow. Jack Ma was subsequently introduced to the Internet and the world of computers, technology and the internet. The rest is history.

Feedback both positive and negative is a piece of valuable information that can help us to grow. While positive feedback reinforces what we do, it will motivate or spur us to do more. Whereas negative feedback allows us to reflect on our actions so that we can adjust to improve to meet the expectations of our superiors or customers.

While the overall intention of feedback is good, it can still be uncomfortable or even intimidating to put yourself out there and hear what people are saying about you. It takes much humility and the right mindset to embrace feedback. People with a growth mindset will welcome the opportunity to grow whereas people with a fixed mindset can be defensive as they see their abilities are static.

I had a coaching client, a senior leader in charge of a global process, who benefited from embracing feedback. He is a highly knowledgeable and confident person. He always felt his viewpoint relating to the process is right as he is a domain expert. He did not give many opportunities for others to share their opinion.

Based on collected 360 feedback for him, I shared this observation with him and how it had impacted others and his personal growth. He began to adopt a growth mindset to listen to other people’s viewpoints and found that it has helped him in his work. He is a much happier and more effective leader now working with his peers. His relationship with his team has improved. Promotion to the position of Director of Global Transformation came a few months after he made the change.

He even shared with me that he wished someone had given him this feedback much earlier as it would have saved his relationship with his girlfriend. He was behaving similarly in his private life by not listening to other people’s viewpoints which ultimately had damaged his relationship.

5. Cultivate a sense of purpose
Finding a purpose can help you to navigate your career or life in a meaningful way. According to Dr. Amy Wrzesniewski, an Associate Professor at Yale University’s School of Management, people who see their work as a calling, are more satisfied professionally and with their life.

When we know our purpose, we will value what we do and will find ways to master the craft so that we can achieve excellence. This process will enable greater innovation and improvement. Having a sense of purpose helps to open our minds to learn and accept mistakes so that we are on track towards our purpose.
“Love challenges, be intrigued by mistakes, enjoy the effort and keep on learning”. Carol Dweck

To thrive in your career in today’s changing environment, you must develop a growth mindset. It will enable you to spot career opportunities and support you to manoeuvre through the challenges to land you with your dream job. Most important of all, you will achieve clarity in your career direction so that you can focus on and achieve career success.

Sam Chia brings with him over 30 years of leadership and international business experience to all its client engagement. A sought after C-Suite Coach, Sam works with senior leaders to strengthen its organization’s operating architect, improve strategic and people capability. His experiences include start-up, merger and acquisition and scaling businesses in new territory. He is a co-author of a book, Coaching in Asia – The First Decade and has been interviewed and contributed articles on leadership and coaching to newspaper and magazines. Sam was formerly VP/MD of specialty chemicals of UK listed company and MD of a regional human resource consulting practice. Sam is a Chartered Accountant and holds an MBA. He is a Professional Certified Coach from International Coach Federation. Sam is recently recognized as 100 Best Global Coaching Leaders by CHRO Asia/ World Coaching Congress in 2017.